The Middle East is not exactly known as the backpacker Mecca, although Mecca is also located in the region. This has to do above all with the fact that the security situation in various Arab countries is not exactly the best. We don’t want to animate anyone to go to the crisis areas (this applies to all crisis regions in the world), but only to point out the beauties and the charms. It will certainly be peaceful again soon in this region and you can enjoy such interesting cities as Baghdad, Sanaa in Yemen, Gaza in the Palestinian Autonomous Territories in the Gaza Strip, Beirut in Lebanon, Damascus in Syria and Tehran in Iran again.

Keep your eyes open in the travel warnings of the Federal Foreign Office and travel to the respective region when the storm has died down. You can visit such magnificent and historically interesting cities as Jerusalem in Israel, Riyadh in the United Arab Emirates, Aman in Jordan, Cairo in Egypt or Istanbul and Ankara in Turkey. From a tourist point of view, the south of Turkey is probably the most developed. Also attractive for backpackers is the north of the country with the little frequented Black Sea coast.

Also in Egypt you will find a well developed tourist infrastructure around the Red Sea, which appeals above all to diving and water sports enthusiasts. As backpackers, destinations such as the Valley of the Kings, the Nile and the Pyramids are certainly real highlights on your trip through the Middle East.

Backpacking in Near East

Culture in the Middle East

Early on, the area known today as the Middle East was known to most as the Orient or Orient. However, the Middle East was also integrated into it. Even as the Middle East the region is called blurred. Many terms, but also many cultures. Even if the Arabic culture dominates today, the ancient tribal cultures with their thousands of years old rites and customs are still alive in the respective countries.

The Kurdish cultures that have settled in eastern Turkey, Iran and Iran have little in common with the culture in Mesopotamia, the Euphrates and Tigris. The latter is regarded as one of the first high culture regions of mankind. Even the Sumerians left behind magnificent buildings that are still visible today. The first human traces in Mesopotamia date back to the middle of the 11th millennium BC. Linguistically, most tribes also have little in common with each other. You can usually get by with English on your backpacker trip, but far away you might have to understand languages like Dari, Fārsi, Urdu, Pashto, Persian, Kurdish or Hebrew.

Traveling in the Middle East region is anything but easy. In some regions you won’t get into at all. That always depends on the situation at hand. What is like that today can be completely different tomorrow. Travelling is also difficult because many roads do not exactly correspond to European patterns. Neither is the equipment of the means of transport. However, backpacking in the region is inexpensive. Usually you can also travel with your thumb.

A whole range of exciting destinations await you on your backpacker journey through the Middle East. You should definitely have taken a dip in the Dead Sea once. Even non-swimmers won’t sink because of the high salt content. One of the most inaccessible desert regions is the Empty Quarter. You shoot fantastic pictures, that’s for sure. The stone carved cities Petra and Madain Saleh seem fantastic to you. Both are UNESCO World Heritage Sites. Palmyra ruins lie at a picture book oasis. And if you want to visit a picture-book desert, Varzaneh is the right place for you. A salt lake is in the immediate vicinity. 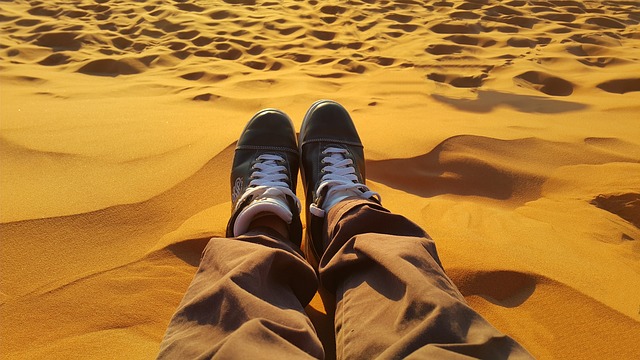 Africa is surrounded in the northern part by the Mediterranean Sea, in the west the continent borders on the Atlantic Ocean, in the east the waves of the Indian Ocean wash up to the land and the Red Sea also partly belongs to it. When backpacking in Africa, you have to distinguish between different regions, each with its own geographical and cultural characteristics. The cultures in North Africa have little or nothing in common with those in West Africa, Central Africa, East Africa and Southern Africa. On a backpacker tour you’ll come from the south to the north through regions that take your breath away – and not just because of their fascinating appearance.

In the Sahara you stand in the largest desert in the world. Climatically more pleasant and geographically diverse are the tropical coastal countries. You will discover primeval Africa in Central Africa. There you will also find impenetrable jungle regions. And in South Africa it can even get really freezing cold in winter. You have read correctly. In Africa there is a winter. And it will be different on the calendar, depending on whether you are doing your backpacker tour above or below the equator.

Travelling in Africa has little in common with travelling in Europe or North America. Everything seems a bit chaotic, but it works. Flexibility and a lot of patience is called for when backpacking in Africa. In terms of price, you can make ends meet with far less money than in Europe when travelling. It becomes more expensive in the tourist regions around the Red Sea or in South Africa or some special beach regions. But who has to go there with so much choice? 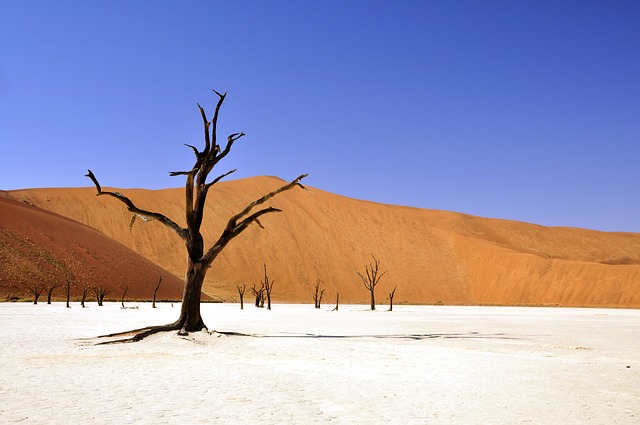 Africa with a backpack

One cannot speak of an independent African culture because of the enormous differences. As already mentioned, the North has nothing in common with the South and the West with the East. Only a few major supra-regional religious affiliations have developed over the years. Islam exerts as powerful an influence on the natives as Christianity in some countries. But this has nothing in common with the original Africa. On your backpacker trip in Africa you will come into contact with more than 2,000 different languages. Swahili and Igbo may still be known to some people. But who knows Tem, Buli, Kasem, Frafra or Mòoré? In many countries pagan customs are still widespread. The medicine man in many tribes has more influence than a trained doctor.

With the huge dimensions the continent has to offer, it’s hard to miss out on being a backpacker and being spoilt for choice when it comes to spotting the best spots. In any case, it is worth visiting the Central Kalahari Game Reserve in Botswana or the Etosha National Park in Namibia because of its diverse flora and fauna. Two other national park highlights are the Kruger National Park in South Africa and the Serengeti National Park in Tanzania.

You should also have seen the Valley of the Kings in Egypt or the huge Victoria Waterfalls in Zimbabwe and Zambia. Animal lovers who are particularly fond of wild gorillas must visit the Volcanoes National in Rwanda. Cities worth visiting on your backpacking trip across the African continent include the Egyptian metropolis of Cairo with its colourful markets and many museums, Dakar, the capital of Senegal and Cape Town in South Africa.

Backpacking in Africa may sometimes be a bit difficult due to the lack of traffic infrastructure, but take it with you as a life experience. As you will see, everything works – even if it doesn’t. In Africa you will learn that technology is not everything in life. You need much less than a laptop, iPad or tablet to live happily ever after.
Take a look at the remains of Persepolis, the former seat of the Persian Empire, or visit the archaeological sites of Samarra. The Sea of Galilee has already been described in the Bible, as has the Sea of Galilee. The ancient city of Shibam is considered the Manhattan of the desert, but with more than 500 years it is much older than the North American Manhattan.