For many, some Asian countries such as Thailand, Cambodia, Tibet or Malaysia are the travel spots par excellence. Backpacking in Asia means total physical and mental challenge. Super modern mega-cities like Shanghai, Singapore or Hong Kong can be found, as can gigantic metropolises teeming with exotic culture. The Buddhist-style Thai metropolis of Bangkok with its golden temples or the Indian metropolis of New Delhi marked by Hinduism are good examples of this. A simple overview of Asia as a backpacker travel destination cannot be presented in just a few sentences because of its geographical and cultural diversity. The continent is too vast in its dimensions, the individual peoples and countries are too different. Not even real cultural borders can be found in Asia. Some cultures like the Kurds are spread over three countries.

Asia stretches from Istanbul in Turkey to the Behringstrasse at the extreme western end of the Russian taiga. In between, backpacking takes you to the world’s largest freshwater lake, the Caspian Sea, the highest mountains in the Himalayas, the most populous cities, including Beijing and Manila, and other superlatives. You come into contact with people who shape technological progress and others who still live in the same daily rhythm as thousands of years ago.

Western Asia has just as little cultural and geographical commonality with Eastern Asia as southern Asia has with northern Asia. In the Russian taiga, harsh climatic conditions prevail most of the year, which do not make backpacking easy. In the south on the other hand, in the tropical and subtropical zones along the equator, it is the heat and the humid, humid climate that makes travelling difficult. Fortunately, there are some of the most beautiful beaches in the world to discover as backpackers in this region. The island state of the Philippines is made up of more than 7,000 larger and smaller islands. Even more islands await you in Indonesia. There you can choose from more than 13,000 islands for island hopping.

In Asia, you may experience quite glaring social differences when backpacking in Asia. In Bangladesh there is a lot of poverty in many parts of the country. Absolute wealth in Singapore. But no matter where you are in Asia as a backpacker, you will usually be welcomed with open arms by the hospitable population. 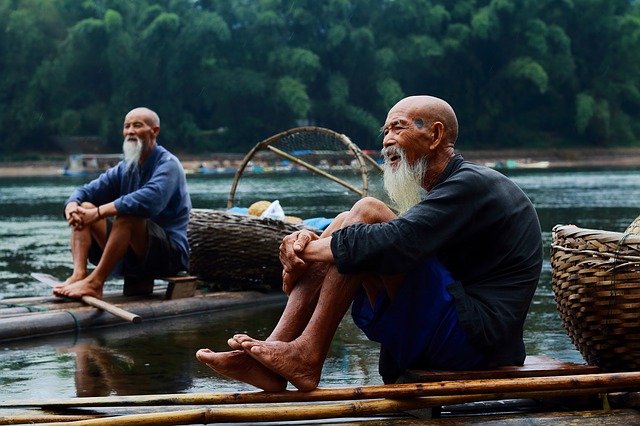 Roughly speaking, backpacking through Asia will take you through North Asia, Central Asia, the Near East (West Asia), South Asia, East Asia and Southeast Asia. Culturally, the differences are about the same as when you travel from Germany to Black Africa. Or from North America to Bolivia. You will come into contact with language groups, including the Iranian languages, the Oghuz languages, the Kipchak languages, the Uighur languages or the Sinitic languages, of which you probably have never heard anything in your life. You will also encounter some of the oldest advanced civilizations in Asia. In Mesopotamia between the Euphrates and the Tigris, the origins of mankind were suspected before older human bones were found in Africa.

Some countries such as the Philippines are Christian, but most of them have some kind of Buddhism, Islam or Hinduism. Deities like Brahma, Shiva and Vishnu in India or the Dalai Lama in Tibet or the teachings of Confucius in China are other religious tendencies in Asia. Have you ever heard of Caodaism? You will encounter this in Vietnam. As varied as the religion is the food on offer and the traditional dances. You have to try the Thai cuisine. It seduces your palate.

Backpacker Information about the continent

It makes a huge difference if you are a backpacker in highly developed countries like Japan, Taiwan or South Korea, or if you are in the underdeveloped countries Laos, Timor or Afghanistan. The poorer, the more caution you need to take when backpacking. But of course such a statement cannot be generalized. Nepper, tugboat, farmer catcher and worse scum are everywhere and not only in Asia. Take a look around your front door.

As far as travel costs are concerned, you can assume that: the poorer the country, the cheaper the prices are for almost everything. Bus tickets, boat passages, food and overnight stays cost less in Laos than in Japan. But this is only true in general. If you are a backpacker who moves off the beaten tourist track, you will also find cheap locations in “rich” countries.

In any case you will encounter some of the cultural, architectural and natural wonders of the world while backpacking through Asia. Take a look at the fascinating temples at Angkor Wat or invade the underwater river on the Philippine islands of Palawan, both of which are on the UNESCO list. But also a bath in the Dead Sea is worth it or you can walk a few kilometers over the Chinese Wall. What you should have seen is Petra, the city carved out of sandstone, or the Sundarbans National Park, where you might meet the last wild Bengal tigers. Head to the Gunung Mulu National Park in Malaysia or enjoy the diverse nightlife or the colourful markets of Bali, Bangkok, Hong Kong, Petersburg or Istanbul.