Brazil, a land of promise not only for beach holidaymakers and adventurers, but also for tourists who are looking for love to buy. Several stereotypes apply to Brazilian sex tourism. Brazilian women, especially the gazelle-like mulattos, who are already driving the men’s world crazy with their gorgeous bikinis and tanginis at the annual carnival, are one of them.

Another to be taboo and permanently at (love’s) service to customers from overseas and North America. And the prices finally. But on closer inspection, none of these common prejudices has anything to do with the completely different reality. This, in turn, has to do with several factors.

Prostitution in Brazil is legal – provided with adults

Motels – a place to go for love for sale in Brazil

The mystical Rio de Janeiro is considered to be the largest and most famous sex metropolis. This may be the case for foreigners. The local connoisseurs are often drawn to the surroundings of the Brazilian mega metropolis Sau Paulo, where some of the world’s largest brothels can be found on the outskirts. But a customer does not need to go to a brothel. There are completely different accommodations to choose from in Brazil. In most cases, the locals will visit one of the many motels with their Brazilian love servants in neuralgic locations with discreet entrances.

Their structure is similar to that of the American motels, but they are used differently. Because except to the big events, when the motel operators get an official permission from the government to accept guests also for more than one day because of missing accommodation possibilities, the motels serve only as hour hotels. There are different types, ranging from the simple cash-house to sophisticated luxury accommodations with functional equipment for all kinds of love games.

Latinas in Brazil have hot curves

Hope for the Prince

The young Brazilians, who have dedicated themselves to love for sale, are only too happy to go with the seemingly wealthy sex tourists. Many hope that a blond prince will free them from their miserable existence. However, most of those who are taken along are no different from the protagonist in the world-famous bestseller “Eleven Minutes”, a novel by the Brazilian writer Paulo Coelho from 2003. Although the sex for sale is depicted in a somewhat trivial way, the sequence of actions and the associated misery always remain the same.

Brazilian sex tourists pay and that not too scarcely

There is a calm before the storm. The sex for sale is still relatively cheap in the Brazilian sex metropolises Rio, Sao Paulo and Fortaleza, another sex stronghold. This will change abruptly with the approach of the Olympic Games. As in other sex tourism countries, there are some models who are hired out in the luxury segment. If you want to have fun with such escort girls, you have to dig deep into your pocket. Sometimes around 8000 dollars can become due for one night.

But these ladies are not easily accessible to the foreign customer. Special website, but also insider knowledge are necessary to make contacts with the ladies who are available for the Brazilian money aristocracy, of which there are a lot. According to statements by Brazilian love servants, they charge according to their country of origin. A foreign sex tourist has to pay around 80 euros for half an hour’s pleasure with a 24-year-old girl. A European or US-American pays around 120 euros for the same fun. He can have that at home much cheaper.

Before the soccer world championship the buyable love fun in Sao Paulo cost about 100 euro including the taxi. During the World Cup the prices shot into the sky. For the upcoming Olympics this will certainly not change much, especially in the region around Rio de Janeiro. 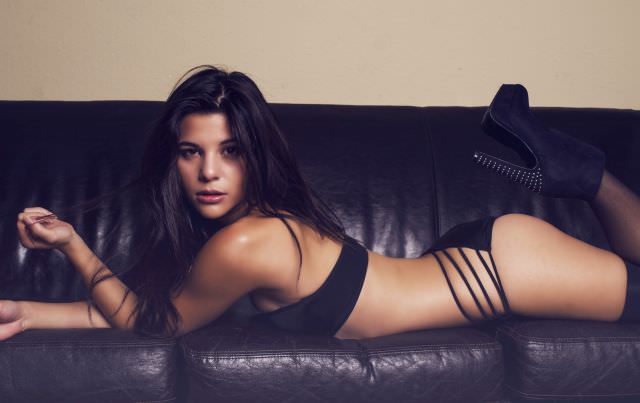 Brazilian women are known for their beauty and race

Where can I buy sex in Rio de Janeiro?

The beach regions of Ipanema and Copacabana are still considered the sex strongholds of the carnival metropolis. From noon at 5 p.m. the bars are crowded with foreign guests and the ladies lurking on customers from the horizontal fabric, whose intentions are not necessarily so obvious at first glance. According to the local authorities, in this zone alone there are between 50 and almost 300 more or less legal shops that have something to do with the sex industry.

The highlight is that some of the ladies do not even have to engage in sexual activities during sporting events. As it turned out afterwards, many prostitutes were invited by the foreign football fans to celebrate. And in many cases it remained that way. The whores interviewed at least confirmed this to the well-known Brazilian news magazine O-Globo on the occasion of a documentary. But if the ladies do hand and more this can become expensive at the Copacabana. The love service in a not exactly attractive room costs up to 170 euros for just under 20 minutes.

Elsewhere, it is cheaper to buy love in Brazil, for example in Natal. In the red light zone of Punta Negra, 18-year-olds offer their love skills for 7 to 20 euros (And that’s a fact, not a request – just first-hand research!). The Brazilian authorities are hunting for customers who are looking for minors in the scene and that’s a good thing!

Supplement of the backpacker-trip.com owner

I was insulted in several e-mails by readers and would like to make it clear personally that this article is not a recommendation for sex tourism! It contains information about the business with love in Brazil. I almost became a victim of a sex scam myself in Rio… Like the article “Sex tourism in Thailand – As if they were in my bed” this article is one of a number of guest articles about sex tourism in different countries. These articles are there to deal critically with the topics. From all perspectives! I do not condemn anybody who follows the sex tourism or women who offer it, as long as they all act of their own free will.